Summer Fun at the Landing... 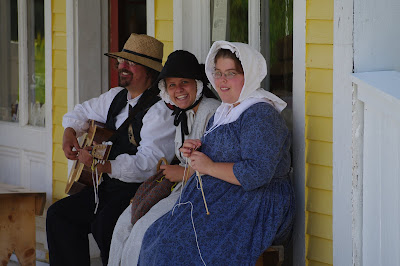 This is my daughter's fourth summer working at Kings Landing. Kings Landing Historical Settlement is a living history museum, representing 19th century life in the central Saint John River Valley. The time period covers the span of Loyalists to late Victorians, from 1780's - 1910. Laura truly loves it there - loves the site, loves the staff and loves doing the interpretation of 19th Century life for the visitors. This year however, rather than being in a household, she is a counsellor with the Education program. Kings Landing runs two fabulous summer programs for children ages 9-16. The first is called Visiting Cousins. The children spend 5 days, from Monday morning til Friday afternoon, "living in the 1800's." They dress in period costume (supplied for th 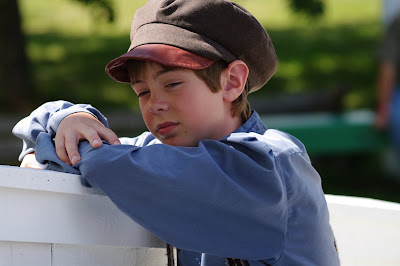 em), and play the role of a visiting relative to a family in the village, carrying out chores and learning skills as if they were actually a child of that time period. The girls learn to cook over an open hearth, sew, card wool and process flax, dye and spin, make candles, churn butter, make soap, and they learn a bit about herbal medicines and the Victorian language of flowers. The boys learn to do farm chores, make shingles, do militia drills and work with the sawyer, cooper, miller, blacksmith, carpenter and printer.
In the evenings, period appropriate games, songs and drama teach them much more about life in the 1800's, what it was like to be an immigrant to Canada at that time and the hardships of daily life. They attend the 1840's one room schoolhouse e 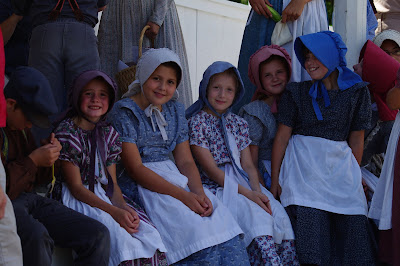 ach day. Each child has the opportunity to rise early one morning to do chores at the farm - milking, collecting the eggs, and feeding the pigs. They eat good wholesome homecooked meals, and have no contact with anything "modern" including television, internet, cell phones or Ipods. They even sleep in 1800's nightgowns and nightshirts. On the final afternoon, they put on a short performance of dancing, skits and recitations learned in school for their parents, before giving them a tour and showing other things they have done during the week.
The second program called Family Kin is for children who have already been a Visiting Cousin. Instead of learning a wide variety of skills as above, they choose one 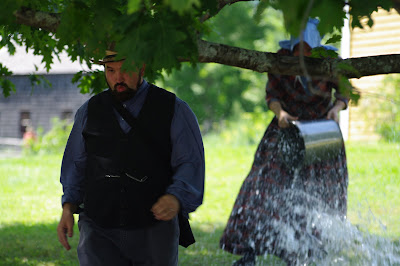 to "specialize" in, usually their favorite trade or skill from when they were a Cousin, and they get a more in depth look at that area.
Laura attended Cousins and Kin for 4 summers in a row, and loved every minute of it. And now she is a Counsellor. Although it requires shift work, and the night shifts have turned out to be much more work than she anticipated (homesick children, sick children) she is loving it. Truly, I don't know who is having more fun, the children or the counsellors. Most of the counsellors have worked together on staff previously, so they are all well aquainted. There are lots of pranks going on, and of course the kids love to get in on it too if possible.... On a hot day, the male counsellors are always threatening to throw one of the female c 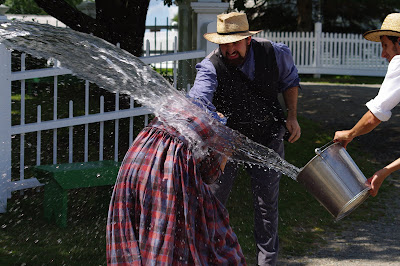 ounsellors into the trough. The other day when I visited KL, Laura was planning to get two of the guys with a bucket of water (knowing full well she would likely get the worst of it). And she did... She pretty much missed Daniel, her target, (see photo, above left) and before you could say "God save the King", Graham grabbed the pail, filled it at the trough and soaked Laura (above). Because I didn't think I " 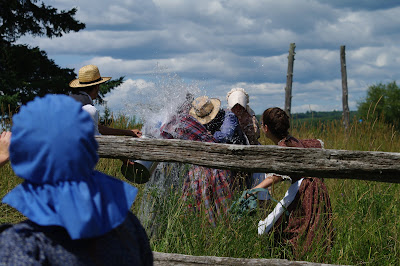 caught the action" the first time, I told Graham to go ahead and get her again with a second pailful, so I could try to get a better shot. See what I do for the sake of this Blog and a good story?? haha No doubt it did feel good, being a hot day, but she told me her shoes were "squishy" for the rest of the day....
Ahhh, summer fun....
You can read other posts about Kings Landing by clicking here , here, here and here.

Sounds like a great program. Tracy is also enjoying the campers and councellors but hers is just days and twenty first century (so much simpler). Off to get one of the books you recommended as we are leaving for vacation on Wednesday. Linda G

I really enjoy your pictures of KL. What fun to do a re-take for the sake of the blog!!! I've often said I'd like to make myself a KL outfit. Love the plaid dress of Laura's.

I am 12 and going to enter visting cousins for the first time and this article has well prepared me for kingslanding. Thank you so much cant wait for kigslanding now!

Dear Anonymous- So glad you feel this article has helped you. I hope you have read my other KL posts as well. If you have any questions feel free to ask and my daughter or I will answer you... Hope you have lots of fun at Visiting Cousins. Which week do you go?
Linda 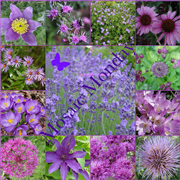